Are We Supposed to be Afraid of God? 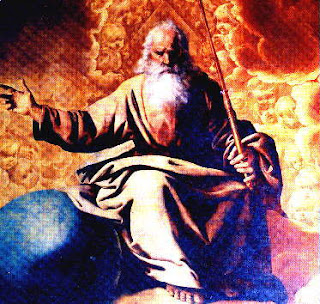 If you’ve hung around churches or synagogues in your lifetime you’ve probably heard someone read or speak about fearing the Lord. Fearing God is actually biblical, but it may not be what you think.

Fearing God in the Old Testament

Let me simplify this by pointing out the words from the Old Testament that mean fear as terror and the one word that means fear as reverence.

Reverence: Those who love God, however, fear him as reverence, honor, respect, regard, or awe. And this fear as reverence is described with only one word in the Old Testament: yare' {pronounced yaw-ray'}.

Those who love God respect him. Those who oppose him may experience terror of him. Obviously feeling afraid of God as in terrified is different from feeling respectful.

When I was growing up I was afraid of a large knife-wielding bully down the street. That would be terror. It’s amazing how fast you can peddle your bike when you’re terrified. My friends and I did everything to avoid our neighborhood terrorist. On the other hand, I also feared my excellent teacher Mr. Pierce, but in a different way. I wasn’t afraid he’d hurt me. I had such respect for him that I didn’t want to disappoint him. He had earned my respect, though I can’t tell you exactly how he did that. He carried himself with authority. He meant what he said. He was a disciplinarian, but evenhanded, never raising his voice. He made his expectations of me clear. I felt that he respected me too.

The point is that when the Hebrew Scriptures mean terror, there are three specific words used. When they mean reverence, there is a different word used. In the Old Testament, those who love the Lord are to fear him as reverence only, not terror.

Fearing God in the New Testament

Now in New Testament Greek there is not the variety of words for “fear” that Hebrew provides. There’s just one: fobe,w phobeo {pronounced fob-eh'-o} is the verb; fo,boj phobos {pronounced fob'-os} is the noun. Phobeo/Phobos is where our English word phobia comes from.

Luke 2:9-10 Then an angel of the Lord stood before them (the shepherds), and the glory of the Lord shone around them, and they were terrified (phobeo). 10 But the angel said to them, "Do not be afraid (phobeo); for see -- I am bringing you good news of great joy for all the people.” (bold italics mine) 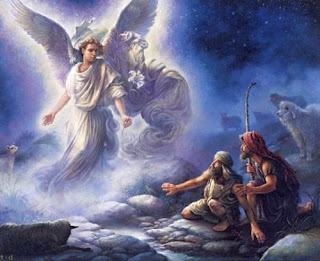 The shepherds of Bethlehem are said to be terrified of the angel. The word is phobeo. But their terror, though understandable, is unwarranted. The angel specifically tells them not to be afraid using the same word--phobeo.

Are there examples of fear (phobeo) as reverence in the New Testament? Yes, many. Here are a few.

Mark 4:41 And they were filled with great awe (phobeo) and said to one another, "Who then is this, that even the wind and the sea obey him?" (bold italics mine)

Mark 4:41 is self-explanatory, isn’t it? Phobeo equals awe, not terror.

Acts 9:31 Meanwhile the church throughout Judea, Galilee, and Samaria had peace and was built up. Living in the fear (phobos) of the Lord and in the comfort of the Holy Spirit, it increased in numbers. (bold italics mine)

Notice in Acts 9:31 that fear of God and comfort in the Spirit are simultaneous experiences of the church at peace. If fear means terror in this verse, it makes no sense. Terrified people are neither comfortable nor peaceful. But if phobeo means reverence, then peace and comfort are perfectly compatible.

Ephesians 5:21 Be subject to one another out of reverence (phobos) for Christ. (bold italics mine)

It is not terror of Christ but reverence for Christ that makes one subject to others. The love for one’s brothers and sisters in Christ cannot come from terror. But love and a desire to serve one another can be born of one’s reverence for Christ. For as it says in 1 John 4:18, “There is no fear (phobos) in love, but perfect love casts out fear (phobos).” And remember, God is agape, not phobos.

Revelation 14:7 pairs fearing God and glorifying God. This is about worship. Worship is adoration and love and reverence and respect. Therefore, if by phobeo John meant we should be terrified of God, then how can terror produce worshipful adoration? It can’t. Terror does not glorify God, obviously. But reverence and awe and respect and regard and honor do. Fear God, John wrote, making fear an expression of glorifying God and worshipping him. The Father’s children then worship and glorify God because they revere him.

Look at the definitions of phobos from the Friberg Greek Lexicon and the USB Greek Lexicon. In them it is clear that phobos can mean terror or reverence. 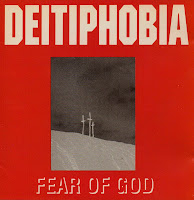 Biblically, what the Father and the Son want is a relationship with trusting children who are filled with a wholesome fear as reverence, honor, respect, regard, or awe. Such a fear is born of appreciation for God’s humble self-sacrifice for the sake of his children.
.
Posted by Unknown at 3:53 PM No comments: Links to this post