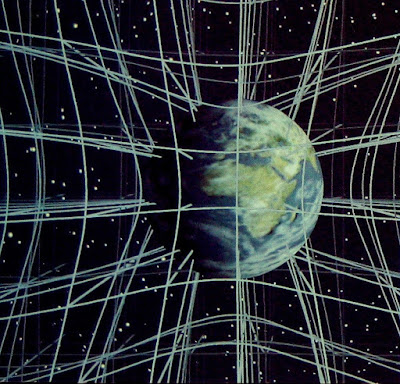 Although Jesus refused to come right out and say what the kingdom of heaven is, he did speak constantly about what it is like and to what it can be compared. He spoke in mysteries. You may be wondering why. Here’s one pretty cool reason. 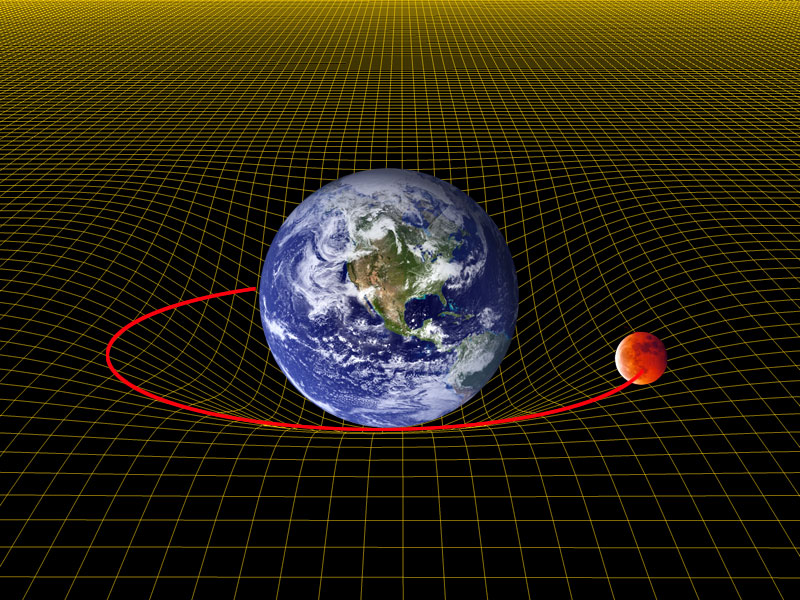 In the illustration above, the mass of the earth warps space toward it. It is hard to imagine, which is why most illustrations of gravity use a bowling ball on a trampoline model (left), which is less accurate but easier to "get" intuitively.

Imagine the earth is a bowling ball resting on a trampoline, and its weight is bending the trampoline fabric. Now imagine rolling a golf ball, representing the moon, past the  bowling ball. What happens? If you roll it with too much force, it will fly past the bowling ball and off the trampoline. But if you roll it just right, it might “orbit” the bowling ball a time or two before falling into it. It falls into it because of friction. But what if you imagine a frictionless trampoline surface? Round and round she goes! At just the right speed, the moon neither slingshots into space nor “falls” into the earth, illustrated by a perfectly rolled golf ball on a frictionless trampoline surface. Likewise, imagine our earth is a planet orbiting our sun, and our sun is a star orbiting the supermassive black hole at the center of our galaxy, the Milky Way.

Can you see it? The trampoline represents gravity! Gravity is the fabric of spacetime bent by mass.

Imagine you’re skydiving. We call that falling. As I just suggested, gravity does not operate as a straight line force. It is fields of bent spacetime. So when you skydive, you aren’t really falling in a straight line because of an invisible magnetic-like force pulling you straight “down” to earth. You’re actually sliding down curved spacetime. You’re the golf ball wanting to “fall” directly into the bowling ball.

Can anyone actually see gravity? No. Can you observe its effects? Constantly! It is there whether you can see it or define it exactly. You experience its power whether you see or understand its substance. You interact with it and you trust it in everything you do.


If I didn’t trust gravity, I would never walk without holding onto something that would anchor me to earth. I certainly wouldn’t risk jumping! But since I trust gravity, I not only can let go of whatever I’m clinging to and walk, but I can run and jump without worry of sailing off toward Alpha Centauri.

Notice that I just did what Jesus did. I didn’t tell you what the kingdom of heaven is exactly. I spoke instead about gravity. I made gravity a parabolic analogy. The kingdom of heaven is like gravity in that it is something invisible, it is nearly indefinable, yet it is powerful, it is all around you, it has a hold on you, and it facilitates everything you do. 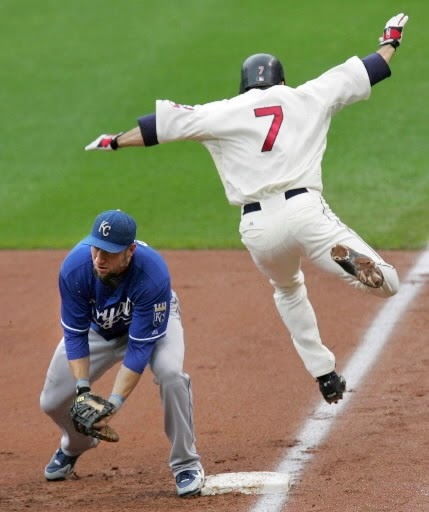 When I hit a grounder to the shortstop and try to run out the throw to first base, however, I’m not asking any questions. I’m just playing baseball! Yet I would not have been able to hit the ball and run out the throw if gravity were not acting on me, on the pitcher, on the ball, and on the shortstop I hit it to. Gravity, a mysterious invisible force throughout the universe, made every bit of the fun possible, though I may not have been thinking about warped spacetime as I hustled for first base.

Jesus’ kingdom of heaven is like that, for those who have ears...


If you like my parabolic analogies, try Pews Stink (A Black and White Satire), What Color Is a Green Apple?, A Guitar Hero Parable (Or the Gospel According to Slash), and A Country Fried Parable (Or A Lynyrd Skynyrd Parable of the Kingdom of Heaven).