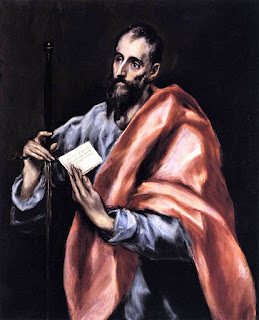 
The Apostle Paul is believed by many to have made a round-trip visit to heaven—either bodily or via his soul leaving his body. But did he?

A quick look at Paul’s words in context says otherwise. The subject he is writing about is “visions and revelations.” Those are his words.

Paul complains that the Christians in Corinth are forcing him to boast again:

By “third heaven” Paul means God’s abode, which in the ancient world was believed to be above the air in which birds fly (first heaven) and beyond the level of the sun, moon, and stars (second heaven).

Though the Corinthians again put him in the uncomfortable position of having to use his own extraordinary visions and revelations to shame them for their constant crowing about theirs, he still refuses to give details. He says that he “heard things that are not to be told, that no mortal is permitted to repeat.” He says this not only out of humility, but also because he has no permission to share the details of his experience. Apparently it is his opinion that to repeat the revelations he received would be wrong. 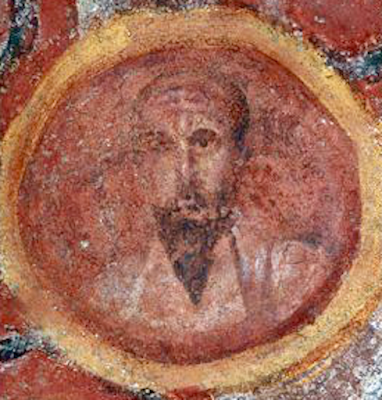 
Also out of humility, he speaks of himself humbly in third person as “a person.” (The Greek word anthropos can be translated as person, human being, or man.) He distances himself from his extraordinary vision/revelation in modesty by referring to himself as “a person.”


Moreover, Paul unassumingly claims to have been unable to tell whether what happened to him was in his mind’s eye or whether he was taken bodily to the third heaven or Paradise. In other words, the vision or revelation was so real that he couldn’t tell whether it was internal or external. That fact alone makes his experience superior to the Corinthians, he claims.


And further, if Paul had wanted to share knowledge of this “trip” in order to boost himself in their esteem, he could have. It’s as if Paul is saying, OK, if you want to play the boasting game, fine. I win! But he bests them not to subordinate them, but to shake them out of their arrogant self-sufficiency and delusional superiority.

I know that this is one of the New Testament passages quoted by the “disembodied-soul-going-to-heaven” crowd. But this verse doesn’t support a pagan Greek, Platonic, bodiless soul. (See The Soul Doesn't Leave the Body at Death)


Don’t read into these verses something that’s not there. Paul isn’t talking about the immortality of the soul. He’s not talking about his soul leaving his body. He didn’t mean to write, “I don’t know whether I went to heaven bodily or as a disembodied soul.” That’s just wrong, though that may be the way it’s usually read. Paul is a Christian. Christians believe in the resurrection of the body, not disembodied souls.

Paul is saying that he had an experience of heaven. He calls it a vision or a revelation. The experience was so vivid, so real, however, that if it was an inner vision (a mental panorama), he found it indistinguishable from an actual visit (a physical panorama).

So, if it was a vision, the vision was inside him, internal, in the body—that is, within himself, within his mind’s eye. But if he had an actual visit to heaven, the visit was a reality external to him, a reality outside of his body.

It is not Paul who was in or out of his body. It is what Paul saw that was either internal or external to his body. He’s saying that his inward vision looked externally real to him. It was so crystal-clear that it could have been an actual physical environment.


What’s his point? Paul is trying to show the Corinthians that it’s futile to compare revelations and visions, to rank people by how flashy their visions and revelations were. Paul is telling them they can’t win because they can’t top this:


His vision of heaven was as real as his waking consciousness—so real, he says, that it seemed the same as being there bodily.


Let me say it once more. Paul’s experience was so convincingly realistic that he honestly couldn’t tell whether he envisioned heaven or actually went there. He emphasized twice:


I do not know; God knows. Whether in the body (an internal vision or revelation) or out of the body (an actual physical experience), I honestly don’t know. I couldn’t tell the difference. (paraphrase)

These are the only two possibilities he considers. And these have nothing whatsoever to do with what is called today “out of body experiences” (OBEs). His soul leaving his body was not an option given by Paul. That would not have even occurred to him.

Paul wanted the Corinthian Christians to see that while it was true that he’d had a spiritual experience (a vision or revelation) that outshined all of theirs, he was unwilling to use details of his experience to justify himself or his apostleship. He was uninterested in a vision contest. The very idea of a revelation competition repelled him. It would be using God’s gift for personal glory. 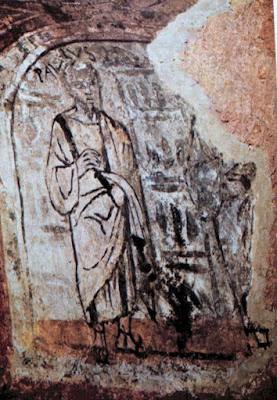 
Paul may have had another concern, however. Surely he didn’t want his “boasting” to result in Christians getting the idea that extraordinary experiences like his were necessary (prerequisite) to becoming a “real Christian.” Paul knew that the only requirement was trust in the message of grace to the cosmos through Jesus’ crucifixion. He avoided even the appearance of saying that anything other than belief is required to become a believer. Faith in the crucified Christ is enough.


Paul is making it clear that no great vision or revelation makes you more Christian than the “ordinary believer” who has had no such experience. No experience, no gift, and no ability give you an advantage over other Christians. There are no grounds for comparison.


Scripturally, everyone is visited with the full measure of heaven’s grace.

Posted by bertgary at 5:03 PM No comments: Links to this post