The Two Crucified with Jesus 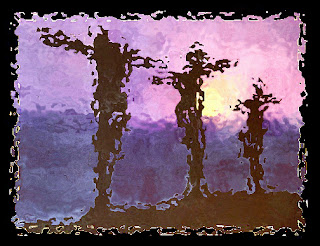 The literal word for thief in the New Testament is kle,pthj kleptes {klep'-tace}; it's the root of the English work kleptomaniac. This word refers to one who sneaks in or steals stuff or cheats people out of stuff without using violence. Think of embezzlers, scammers, shoplifters, pickpockets, and cat burglars. Here is an example.

Matthew 6:19  19 "Do not store up for yourselves treasures on earth, where moth and rust consume and where thieves (kleptia, plural of kleptes) break in and steal …”

Kleptia is not the word used to describe the men crucified with Jesus in the New Testament. Two different words are used for those individuals.

The usual punishment for thieves by Roman Law was paying back the owner several times the amount stolen. On rare occasions a thief might be flogged, sold into slavery, or even executed, but not crucified. Crucifixion was strictly for slaves, violent outlaws, pirates, and insurrectionists.

Matthew and Mark use the same word to describe the two men crucified with Jesus: lestas. What does lestas mean? The NRSV choses to translate it as “bandits”:

NRS Matthew 27:38 Then two bandits (lestas, plural of lestes) were crucified with him, one on his right and one on his left.

NRS Mark 15:27 And with him they crucified two bandits (lestas, plural of lestes), one on his right and one on his left.

Luke uses lestas in the Parable of the Good Samaritan. In it, Jesus describes violent thugs who beat a man half to death for his belongings including his clothes:

NRS Luke 10:30 Jesus replied, "A man was going down from Jerusalem to Jericho, and fell into the hands of robbers (lestas, plural of lestes), who stripped him, beat him, and went away, leaving him half dead.”

The following two excellent Greek Lexicons do not define lestes as thief because lestes indicates the use of violence for robbery or revolution. Today, such a person might be called a mugger or insurrectionist.

Eleven English Bible versions translate lestas as robbers, which is permissible if it is understood that this kind of robbery includes violence.

Likewise, translating lestas as bandits (as two did) or outlaws (as two did) is permissible if it is understood that banditry and outlawing include violence.

One lonely version (New Living Translation) translated lestas as criminals, which is unnecessarily broad and probably chosen to match Luke’s term kakourgous, which is a broad term that means criminals. (Luke in next section)

Tragically, eight English versions translate lestas as thieves, which is indefensible because 1) thieves were not crucified and 2) the word for thieves (kleptia) is not used to describe these men.

Only the New American Bible chose revolutionaries. This is the best of the 25, in my opinion.

Unfortunately, none of the 25 translations select the term “insurrectionists” even though 1) those are the kinds of people Rome would crucify, 2) that is also the charge against Jesus (claiming to be king is an act of insurrection in that it implies the threat of a violent overthrow) and 3) that insurrectionist is the clearest term provided by the lexicons above, in my opinion.

Luke describes the two men crucified with Jesus as kakourgous {kak-oor'-goos}. What does kakourgous mean? The NRSV chose to translate it as criminals.

NRS Luke 23:33 When they came to the place that is called The Skull, they crucified Jesus there with the criminals (kakourgous, the plural of kakourgos) one on his right and one on his left.

Note Luke chose not to use the specific terms for thief (kleptia) or robber/insurrectionist (lestas). Both of the following lexicon definitions of kakourgos include the term criminal.

How do 25 English Bible versions translate kakourgos in Luke 23:33?

Twelve English Bible versions translate kakourgous as criminals, and this is probably the best choice, in my opinion.

One version stands alone having chosen to translate kakourgous as robbers (The Douay-Rheims American Edition, 1899), which is unjustifiably specific and probably selected to match Matthew’s and Mark’s term lestas, which does mean robbers.

1.     In the New Testament Gospels, the two men crucified with Jesus are not called thieves (kleptia).

3.     Not all criminals, however, were crucified by Rome. Thieves (kleptia), for example, are criminals who were not sentenced to crucifixion.

4.     Certain criminals were indeed crucified. Lestas—violent robbers or insurrectionists—were the specific type of criminal who would have been sentenced to crucifixion.

5.     Matthew and Mark refer to the two criminals as violent robbers or insurrectionists (lestas)—thus the reason they are hanging on either side of Jesus.

6.     Therefore, these two men were criminals, but not thieves. They were insurrectionists like Barabbas in John 18:40.

NAB John 18:38b-40  [Pilate] again went out to [the Judeans] and said to them, "I find no guilt in him.  39 But you have a custom that I release one prisoner to you at Passover. Do you want me to release to you the King of the Jews?"  40 They cried out again, "Not this one but Barabbas!" Now Barabbas was a revolutionary (lestes).

Posted by bertgary at 7:06 PM No comments: 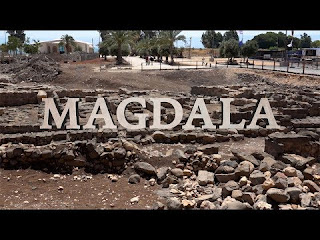 Posted by bertgary at 3:24 AM No comments:

Email ThisBlogThis!Share to TwitterShare to FacebookShare to Pinterest
Labels: adulteress, Jesus, Magadan, Magdala, Mary Magdalene, Mary of Bethany, Mary the mother of James the younger and Joses, Mary the wife of Clopas, Mel Gibson, prostitute, The Da Vinci Code, The Passion of the Christ 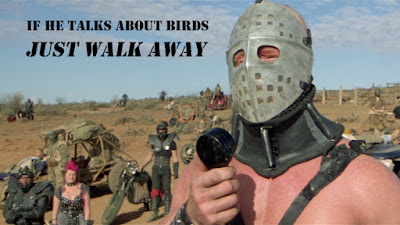 On rare occasion only, thank God, it gets to me when someone doesn't believe me, and then they go off on me like I'm obviously mistaken and deserve no hearing. I don't mind being mistaken, but I do mind when stuff like this happens: 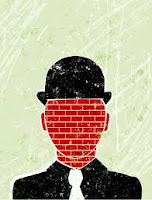 I told someone I care about (still do) some years ago that I'd seen a bald eagle. (Would YOU have believed me?) When this person didn't believe me and explained to me so many reasons why I could not have possibly seen a bald eagle, well ("Keep calm, Bert."), I tried to change this person's mind. But this was not a give and take exchange of information. This was me talking and my friend sneering and smirking and head shaking. This was someone who, for reasons unknown, decided that whatever I said was irrelevant. I was swimming in shock and hurt and bordering on outrage. You're probably wondering why I didn't just pop out a pic and prove it. I've only been shooting for some 5 years. But even if I'd had a photo, I don't think it would have mattered. The shot would have been inadmissible because I then wouldn't be able to prove that I took it! (Ever argued with a conspiracy theorist?)

I realize I could have misidentified the giant dark brown bird with a bright white head and tail that flew right in front of me. But do the math. It's simple. Statistically, would you bet on a mechanic or non-mechanic in a debate over mechanics? (This may be the stupidest thing I've ever written!)

I'm still keeping that oath, too. What's up with that? I'm not 100% sure. I can take a lot, but I have this sort of limit. Thank God it rarely happens. It hits a nerve when people with little or no knowledge have the audacity and arrogance to controvert with disdain anyone with actual experience and expertise. Nine times out of ten I get over it and forget. But there are those very special people whom I love within my oath-established limits. My "Lenten confession" for the week, I guess. 2/23/18 ---Bert

P.S. An open letter to astronaut Buzz Aldrin (Yes, it's an important part of this ridiculous blog entry.):

You graduated 3rd in your class earning a Bachelor of Science degree in mechanical engineering from West Point, then a Doctor of Science degree from MIT. Your doctoral thesis, Line-of-Sight Guidance Techniques for Manned Orbital Rendezvous, paved the way for NASA. You flew 66 combat missions over Korea becoming a highly decorated US Air Force fighter pilot, and you taught at the Air Force Academy. You have 3 rocket science patents and 8 published books. You were one of our first astronauts, you piloted Gemini 12, you pioneered space walking, spending 8 hours outside of your capsules, you were an Apollo Command Pilot, you were the Lunar Module Pilot on Apollo 11, you were the 2nd of only 12 humans to have ever walked on another celestial world, you logged 12 days in outer space, AND as a Boy Scout you earned the rank of Tenderfoot.


Buzz, you're one of my heroes, and I am glad you are on this planet.

P.S. Here's some advice from a guy who can't always practice what he preaches either. If a moon-landing truther harasses you, just walk away. Or maybe not: