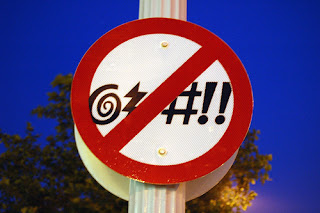 Cussing and swearing are not the same thing.

Cussing is the use of profanity—you know, saying BAD WORDS.

Swearing is pledging an oath of truth, like when you swear to tell the truth in court, as in swearing to testify to the truth, the whole truth, and nothing but the truth, so help you God “under oath.” Public officials are sworn into office with the same oath, "under God."

By wrongly equating cussing and swearing, we misinterpret the commandment against using the Lord's name in vain. (Ex 20:7) It has nothing to do with using God's name when you use profanity. It has everything to do with lying while swearing to God that you're telling the truth.

The Lord’s third commandment is against perjury, not profanity.

It’s worth noting as well that Jesus said to avoid going around swearing to tell the truth altogether. He said:

I’m not saying that profanity is OK. It’s definitely inappropriate in most settings. The use of profanity by children, for example, should not be tolerated in my opinion, especially in public places, if not in the home, though I leave the cussing-at-home issue in the hands of parents where it belongs. “Street language” or “gutter talk” as it is called from the mouths of minors shows a lack of maturity and respect. We typically ban young people from making certain gastrointestinal-related reverberations, don’t we? To me profanity is no different. It’s childish, rude, avoidable, and intolerable.

Just between us adults, however: Is Jesus tape recording all conversation for any slip up, keeping score so as to condemn us for the slightest vocabulary infraction? Come on! What happened to freedom in Christ? Are we free from legalistic nitpicking over every little shoot, darn, and crud or not?

I hate to burst your bubble, but the Apostle Paul cussed once. Sad but true. I regret to inform you that he used the s-word. Well, he did it in Greek, but it’s the s-word nonetheless: 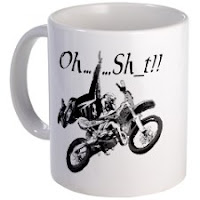 “More than that, I now regard all things as liabilities compared to the far greater value of knowing Christ Jesus my Lord, for whom I have suffered the loss of all things--indeed, I regard them as dung!10 --that I may gain Christ,” Philippians 3:8 (emphasis mine)

The word translated here as “dung” means, well, you know what it means. It’s an s-word. And it’s an s-word in biblical Greek too: skubalon. So next time you hit your thumb with a hammer, say “Skubalon!” It’s New Testament approved! (If you don’t enjoy my sense of humor, don’t read what I write—just a suggestion.)

I believe that when it comes to s-words and the like, the law of love does a better job of helping us distinguish between words that help and words that hurt than any goody-two-shoes list of bad words George Carlin or any of us could come up with. People—adults—hung up on dos and don’ts haven’t realized their liberty in Christ from worry about these things.

Do words themselves have some kind of power over us or our eternal destinies that we should cower in paranoia about everything we say? Some seem to think so. My question for them is this. Is any power possessed by those words greater than the power of Jesus?

I don’t believe that cuss words in and of themselves have the power to condemn anyone. No matter they have four letters. No matter what letter they begin with. No matter the number of vowels, consonants, or syllables. But I do most definitely believe that we condemn ourselves when we use words—profane or not—to hurt or offend people.

I vote for thinking less about vocabulary and more about strengthening relationships. And I vote for words that build up, not tear down.

Therefore encourage one another and build up each other, as indeed you are doing. (1 Thess 5:11) 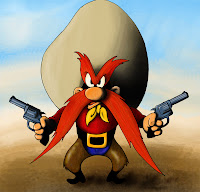 And that’s all I have to say about that, dagnabit!