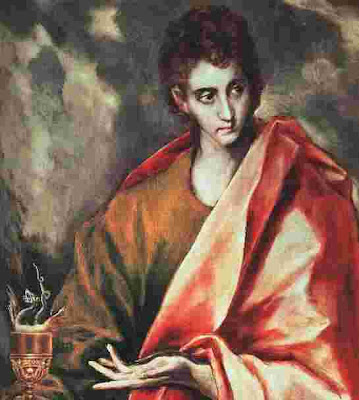 It’s mentioned nowhere else in the New Testament, only these six times in these six verses: Revelation 20:2-7. Yet your position concerning the millennium is used to define you theologically. (Millennium is a word meaning a thousand years--- mille "thousand" + annus "year.")

Do you believe Jesus will come after the millennium? Then you are a “postmillennialist”. Postmillennialists are typically viewed as optimistic about humanity. Only when the church has transformed and ruled society for a thousand years will it be prepared for Jesus to come. This is viewed by most as a liberal position.


But what if you don’t believe there will be a future earthly millennium? You’re an “amillennialist.” Amillennialists usually see the millennium as a heavenly thing, not earthly.
So, what am I? I’m none of the above. Like amillennialists, however, I have two fundamental problems with viewing this passage as referring to a literal one-thousand-year future event. 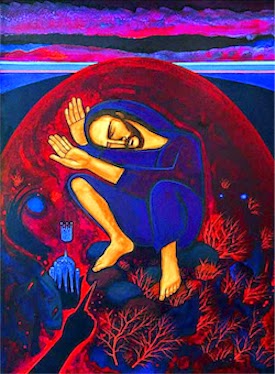 Then what does the millennium represent? Let’s put John’s vision and the Gospels together a bit. Why not? They’re both in the Bible, and they’re both about Jesus.

Luke 4:13 When the devil had finished every test, he departed from him (Jesus) until an opportune time.

Jesus’ ministry begins with his baptism and temptations in the wilderness. After enduring Satan’s tests, throughout the length of Jesus’ ministry Satan had no power over him. Of course when Jesus saw demonic possession, he had the power to cast it out. But up front, at the completion of forty days of fasting and testing, Jesus bound “the strong man” and proceeded to “plunder his house” at will.

Matthew 12:29 “How else can someone enter a strong man's house and steal his property, unless he first ties up the strong man? Then he can thoroughly plunder the house.”

Yes, I said that the few years in which Jesus “bound Satan” during his earthly ministry is the millennium in John’s vision. I can back that up if you’ll bear with me.

Could the millennium be John’s symbolic length for Jesus’ magnificent but brief ministry—John’s point being that though tragically brief, Jesus’ ministry was as a thousand years worth of good? Let’s take a look. 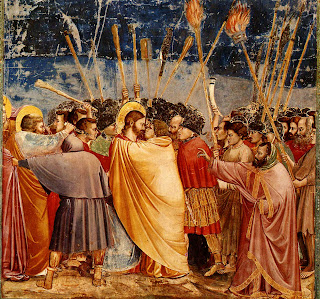 When was Satan’s “opportune time” mentioned by Luke?

Luke 22:3-4 Then Satan entered into Judas called Iscariot, who was one of the twelve; 4 he went away and conferred with the chief priests and officers of the temple police about how he might betray him (Jesus) to them.

This moment at the end of Luke’s Gospel (and the others as well) signals the end of Jesus’ earthly ministry. For me, Satan’s return in Judas confirms the millennial reign as being the duration of Jesus and his kingdom’s first century presence on earth. During his ministry, from his temptations by Satan in the wilderness until the time Satan returns to enter Judas, Satan (the ruler of this world) could not rule the kingdoms of this earth because Jesus (the true King and ruler of the kingdom of heaven) stopped him.

Then pointing beyond his ministry, Jesus makes a remarkable claim. During Jesus’ ministry Satan is bound, says Revelation and Luke. But on the cross, says Jesus in John’s Gospel, Satan is driven out. The cross, Jesus claims, is the end of Satan:

John 12:31-32 “Now is the judgment of this world; now the ruler of this world (Satan) will be driven out. 32 And I (Jesus), when I am lifted up from the earth, will draw all people to myself." (italics mine)

There’s an obvious problem with this claim, however. John’s late first century churches in Asia Minor were going through hell! If Satan was bound by Jesus’ presence and ministry in the early first century, and if Satan was driven out (exorcised) from the earth when Jesus was crucified in 31 or 33 AD, then how can the Asia Minor churches of 95 AD be suffering so under Roman persecution?

John’s vision explains this problem by showing that Satan is loosed for “a little while.” That “little while” is the time between Jesus’ earthly ministry (the millennium) and his return (the eschaton).

The wait for Jesus’ return may seem a long time, John conveys to his churches, even a hundred years (or more, as it turns out), but in John’s vision it is only “a little while” (Rev. 20:3). Look at what John’s vision does with time:

John reverses the language of time concerning Jesus’ ministry (a few brief years). Obviously the return of Jesus began to be hard to wait for in Ephesus and the other cities (already more than sixty years and counting at the time of John’s writing). So John’s vision addresses this by flipping the time spans. The short span of Jesus’ ministry is written large—“a thousand years,” and the long span of Jesus’ delay is written small—“a little while.” This is to produce patience in the hearts of his church members.

Today, we still wait in John’s “a little while” for the return of Christ. Yes, Satan is present today, “loosed for a little while,” but because of Jesus’ victory over him on the cross, his doom is sure.

Does John do this time-language reversal elsewhere? Absolutely!

Revelation 18:10 they will stand far off, in fear of her torment, and say, "Alas, alas, the great city, Babylon, the mighty city! For in one hour your judgment has come."

Revelation 18:17a For in one hour all this wealth has been laid waste!"

Revelation 18:19 And they threw dust on their heads, as they wept and mourned, crying out, "Alas, alas, the great city, where all who had ships at sea grew rich by her wealth! For in one hour she has been laid waste."

It will take centuries by human reckoning for Rome to fall, but in John’s vision it is “in one hour.” Rome is fleeting from John’s viewpoint. I’m reminded of a verse that insists that earth-time (kronos) and God-time (kairos) are vastly different.

This “little while” John writes about, this “one hour,” is the time frame in which John’s churches find themselves under siege, suffering, and even martyred awaiting Christ’s return. So what is the church supposed to do in this meantime of suffering? That’s where St. John the Revelator comes in.

John proclaims that the years between Jesus’ first and second coming are a “grace period” for the church to proclaim the Good News of God’s grace to all in Jesus Christ, even to its persecutors, a task for which they will suffer, but only for “a little while.”

John says that the Lord wants all of his prodigals to come home. It’s not his will that anyone should perish. He wants the whole flock. So Satan’s final destruction is only delayed to give John’s churches (and us) time to proclaim forgiveness and grace to the world, even to the enemy.

In a nutshell, John’s vision holds up Jesus’ earthly ministry, brief though it was, as a glorious, Satan-less, one-thousand-year Kingly Reign. And the release of Satan and his Roman beasts to reign on earth, though hundreds of years by human reckoning, is the time for the church to witness with it’s life and death (if necessary), and is viewed in John’s vision as but a mere hour, as but a waning little while.

The brief reign of Jesus’ ministry trumps the hundreds of years of Roman rule in the prophet’s vision. The evil and tragic things of this earth, though they appear triumphant year after year, decade after decade, century after century, have not and cannot and will never win. John’s vision calls for the endurance of the saints, reminding them of Jesus’ monumental reign and Rome’s fleeting day in the sun.

From the perspective of God’s eternity, Jesus’ few years among us are a millennium and Rome’s centuries of rule but a scant sixty minutes. Rome’s generations of geo-political dominance in the Mediterranean basin are dwarfed by the brief mission of one solitary life.


For more on the Book of Revelation see my blogs 666, Rapture Interrupted, The Giant Flying Cube, Pearly Gates and Streets of Gold, Names In the Book of Life, and The Lake of Fire Defined.