The Meaning of the Cross: Moronic and Offensive 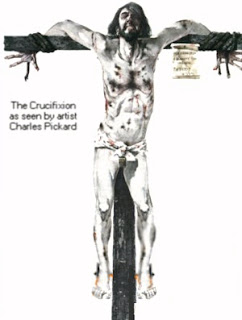 The Moronic and Offensive Cross

The cross of Christ is moronic and offensive, wrote the Apostle Paul:

“For the message of the cross is foolishness to those who are perishing, but to us who are being saved it is the power of God. For it is written,


‘I will destroy the wisdom of the wise, and the discernment of the discerning I will thwart.’

For since, in the wisdom of God, the world did not know God through wisdom, God decided, through the foolishness of our proclamation, to save those who believe.

but we proclaim Christ crucified, a stumbling block [skandalon -  in the Greek---the root of our English words scandalous; it also means offensive] to Jews

and foolishness [morian -  in the Greek---the root of our English word moronic] to Gentiles,

but to those who are called, both Jew and Greeks, Christ [is] the power of God and the wisdom of God.

“For God’s foolishness is wiser than human wisdom, and God’s weakness is stronger than human strength.” (bolds and italics mine) (1 Corinthians 1:18-25) (New Revised Standard Version)


So Paul claimed to preach a message that is both scandalous/offensive and moronic/foolish. What was that message? You just read it above: Christ crucified. Does that strike you as strange? Christians comfortably speak of Christ crucified all the time. What is offensive or moronic about saying Christ crucified? Consider the following.

Christ is the word that replaced the term Messiah in the Greek-speaking world where Paul took the gospel. So we are talking about Messiah (God’s anointed) being crucified. Now take note of Deuteronomy ..21:23.. (and Galatians ..10:13..). We discussed this verse at the beginning of this chapter. It says that God curses/damns anyone hung on a tree---and therefore anyone crucified. Have you put it together now?

Christ crucified is a Greek way of saying Messiah damned!


Now it sounds offensive, does it not? Now it sounds moronic too. How could an intelligent, prudent man like Paul preach Messiah damned? It is stupid and disgusting, is it not? How can God’s anointed one be damned by God? It does not make a lick of sense.


But Paul made no apology. He was not ashamed of the gospel. (Romans 1:16) He believed it was true precisely because it was too outrageous not to be. He, like so many after him, believed it because no one but God could come up with something so spectacularly ridiculous!

“For since, in the wisdom of God, the world did not know God through wisdom, God decided, through the foolishness (moronic-ness) of our proclamation (Messiah damned), to save those who believe.” (1 Corinthians 1:21)

“For God’s foolishness (moronic-ness) is wiser than human wisdom, and God’s weakness (Christ crucified or Messiah damned) is stronger than human strength.” (1 Corinthians 1:25)

In the current climate of political correctness and hypersensitivity, it is as if we are surrounded by “the offended.” Christians today are not immune to this “don’t offend” trend. We have joined the ranks of the hyper-vigilant. Not to offend is casually seen as a Christian duty.


Moreover, Paul said the gospel is offensive! Specifically, he wrote that the gospel message of “Christ crucified” was a stumbling block to Jews, meaning an offense to religious sensibilities. (1 Corinthians 1:23) In other words, the message itself is offensive by human reasoning. Paul referred to Isaiah in Romans 9:33:


"See, I am laying in Zion a stone that will make people stumble, a rock that will make them fall, and whoever believes in him will not be put to shame." (New Revised Standard Version)


“A rock that will make them fall” can be translated “a rock of offense.” The Greek word for “offense” is the same in all the preceding paragraphs. Again, skandalon--- ska,ndalon in the Greek---means stumbling block; it is the root of our English word scandalous; and it means offensive.

While the message is admittedly scandalous/offensive to some, particularly to the religiously hyper-vigilant, Jesus made it clear that one need not experience it as so. Jesus said, “blessed is anyone who takes no offense at me." (Matthew 11:6) And Paul clearly wrote that to those being called by God, the message of Christ crucified (Messiah damned) is not moronic or offensive, but is the power of God and the wisdom of God. (1 Corinthians 1:24)

“For God's foolishness is wiser than human wisdom, and God's weakness is stronger than human strength.” (1 Corinthians 1:25)


This is what Jesus is all about, according to Paul. And that is not preached and taught very much today. How so? When the subject of Jesus comes up, arguably the most common response is to start talking about “doing right” and “straightening up” and “trying harder” and “getting back to church” and “stopping drinking.”


People feel shame and guilt at the mention of Jesus’ name rather than forgiveness and freedom!

They should feel understood and liberated and empowered. They should feel wonder, awe, and delight. Instead, when Jesus is mentioned, they too often start talking about “getting right with The Man before I die so he won’t punish me.” Hopefully this book will change some minds. That is what “repent” literally means, “to change one’s mind” (meta,noia , meta-noia, change-mind).

It is too strange and wonderful to be true. The Judean authorities’ master plan to erase Jesus was to get him hung on a tree and thus damned by God. (Deuteronomy 21:23) And the message that his first believers embraced was exactly that---Christ crucified, Messiah damned by God! Who but God could have planned something so brilliantly absurd?


The Father carried the world’s condemnation through his Son’s cross, and thus died to sin and death and condemnation on behalf of all humanity. He became our curse. (Galatians 3:13) That is how he saved the world. He did it because he loves the world---the whole beautiful, terrible, holy, cancerous, hilarious, reptilian, awful, and wonderful ball of wax. (John 3:16-17)


Leave it to God to die so well.

For more on Roman crucifixion see Was Jesus Crucified in the Manner Shown in Paintings and Movies?
Posted by bertgary at 9:01 PM 4 comments: