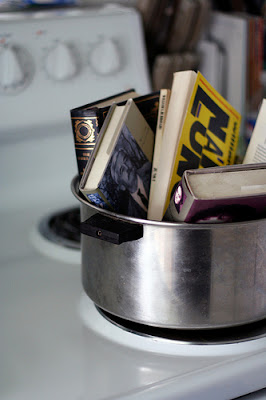 NRS Luke 16:1-8  Then Jesus said to the disciples, “There was a rich man who had a manager, and charges were brought to him that this man was squandering his property.  2 So he summoned him and said to him, 'What is this that I hear about you? Give me an accounting of your management, because you cannot be my manager any longer.'  3 Then the manager said to himself, 'What will I do, now that my master is taking the position away from me? I am not strong enough to dig, and I am ashamed to beg.  4 I have decided what to do so that, when I am dismissed as manager, people may welcome me into their homes.'  5 So, summoning his master's debtors one by one, he asked the first, 'How much do you owe my master?'  6 He answered, 'A hundred jugs of olive oil.' He said to him, 'Take your bill, sit down quickly, and make it fifty.'  7 Then he asked another, 'And how much do you owe?' He replied, 'A hundred containers of wheat.' He said to him, 'Take your bill and make it eighty.'  8 And his master commended the dishonest manager because he had acted shrewdly . . .”

NAB Luke 16:14  The Pharisees, who loved money, heard all these things and sneered at him.

Not a popular parable

While The Parable of the Crooked Manager is neither familiar nor popular, it’s one of my favorites. Why is it little-known and little-liked? Here are some reasons that come to mind:

So, are you telling me that The Prodigal Son is followed by a parable about a terminated crook who gets praised by his boss for doing something even more crooked than what got him fired in the first place? You’re kidding, right? When this one comes up in the New Common Lectionary or the International Lesson Series, I imagine most people skip it.

This analogy is a parable. It is a brief drama with characters and a plot.

Our “play” begins and ends with a meeting between the boss and the manager. It has four mini-scenes:

There are two main characters:

There are supporting cast members:

In New Testament Greek word is oikonomos (from oíkos, "house, household" and nemō, "to allot, apportion"). It means household manager. Such a person could be called a steward, overseer, administrator, or treasurer.

A rich man discovers that his household manager is being wasteful and he fires him. The manager comes up with a quick scheme involving reducing what his boss’ debtors owe (making them happy and making him and his boss very popular) before they can find out that he’s been fired. The boss commends the dishonest manager for his shrewdness.

What’s the crime and punishment?

“Wasteful” is a vague term, but that is the charge brought against the manager. At the end of the parable, Jesus calls him a “dishonest manager,” so we wonder whether the man is stealing. Though wastefulness may not be outright theft, it nevertheless means that he’s costing his boss money. Technically, then, he’s robbing, though it may be theft by white-collar mismanagement.

The expected response of the rich man would be to have the man arrested and prosecuted. If the manager were a slave, he might have done more than that. Slaves managed money for their masters in other of Jesus’ parables (Matt -35, 24:45-51, 25:14-30; Lk -27). A beating of a wasteful slave would have been in order, perhaps more.

Strangely, the rich man only made the manager surrender the books. That’s it. It’s an unusually lenient response by an unusually generous man. The boss is neither interested in recouping his losses nor punishing the “criminal.” Caught red handed, the manager gets little more than a tap on the wrist. The mercy that this man shows his manager will prove essential to the manager’s shrewd scheme.

He talks to himself about himself

We learn six things about the manager from his self-talk in verse three: 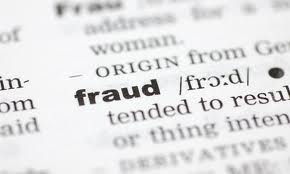 I’ve mentioned this repeatedly in these exegesis papers, but just in case you missed it before: Jesus was funny.

What’s the manager’s goal? Popularity. If the people of the town were given a reason to actually like him (and given what we know about him, this may be a challenge!), maybe they will feed and house him when he finally turns in the books.

My hypothesis, however, is that he has an unspoken hope: to get his job back. He’s got a plan that will result in the restoration of his position or, if not, enough popularity to be housed and fed by the townsfolk. It could go either way, and he’ll take either one. But both results depend on one thing: the rich man being a softy.

“I know what I’ll do,” he says. Oh, Lord, there is no telling what this bamboozler has cooked up. Given the brevity of this parable, Jesus has given us a remarkably colorful character, hasn’t he? This manager is quite the weasel. So what’s the weasel gonna do?

His primary job, it seems, as oikonomos was to collect the rent. As the financial steward of a landed estate, his master’s debtors would pay their rent in produce. In return for living on the rich man’s land, they gave him a percentage cut of the goods. So the renters know the manager all too well. They know the drill. Summoning them concerning the rent would not seem suspect.

The key to the success of his daring plan is that none of the renters know he has been fired. Word is not out yet. As far as they know, the manager is (as he has been) the legal representative of the landlord. If the manager pulls this off, he could be the toast of whether he gets his job back or not. Here’s the plan: 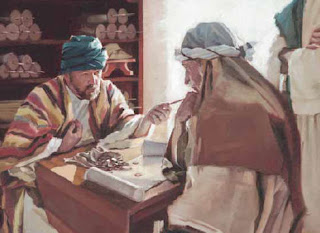 Crazy or courageous, brainless or brilliant, it’s a gutsy move. He has everything to lose. The boss may not have thrown the book at him before, but he might throw it at him now, aiming for right between the eyes.

The manager has forced the boss’ hand. He only has two options.

Explaining the mistake is a problem, however. Once the debts had been reduced, the manager was a popular guy. The renters and other townsfolk likely saw him as a hero, and they might not take kindly to his being fired. Moreover, the boss was no doubt suddenly a popular guy, too. Everyone would have assumed that the boss had authorized the cuts. For him to turn around and take it all back would go over like a lead balloon. He would become the villain. If he cares anything about popularity, he can’t select this option.

The boss did more than that, however. He praised the dishonest manager for his cunning. He was impressed and expressed admiration. What a parable!

I believe that this outcome was foreseen by the crooked, scheming manager. I believe he planned for this, the best of all possible outcomes. It was a gamble, yes. But he bet it all and believed it to be a good bet.

What made him so sure that the master would do nothing? Simple. The boss let him off easy before, so he bet the farm that the boss would let him off again. It was the boss’ generous mercy in the beginning of the parable that the manager banked on. When he could have and should have thrown the book at him, he didn’t. 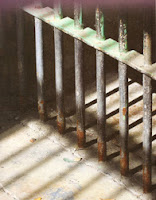 The Mishna contains the oral traditions followed in Jesus’ day by the Pharisees. They were written down finally in 200 A.D. And the Mishna is clear about what should have happened to the wasteful, dishonest manager: 1) he should have paid back the losses; 2) he should have been tried; 3) and if convicted, he should have gone to jail. But Jesus—ever the challenger of Pharisaic legalism—tells a parable in their presence about a rich man who ignores the legal, religious traditions, and let’s an offender of the law go his way without remuneration, trial, sentencing, or punishment. The word that most aptly applies here is grace.

The meaning: from light to heavy

This can be put a couple of ways:


The meaning in light of the immediate context: Pharisaical opposition

The Pharisees responded to Jesus’ parable with a sneer. And no wonder! They held the oral laws recorded in the Mishna in equal esteem and authority with the Hebrew Scriptures, our Old Testament. The oral law is clear about what to do with the manager, as surely the meticulous Pharisees knew. And Jesus throws a parable in their faces in which “the God character” lets the manager off the hook demonstrating a blatant disregard for the law. How can God disobey God’s law? Ekmukterizo means to deride by turning up the nose, to sneer at, to scoff at. Sneers are smiles of utter contempt.


For more on Jesus' parables see my blogs The Absurd Parable of the Unforgiving Slave, The God Who Gambles, Parable of the Vine and Branches, The Crooked Manager, The Friend at Midnight, Heaven Is Like a Crazy Farmer, He Speaks Of . . ., Salted With Fire, Talking Sheep and Goats, Is Your Eye Evil?, Two Prodigals and Their Strange Father, The Lazarus Parable Is Not About the Afterlife,and Jesus Used Parables Like a Sieve.