The Unforgiving Slave (with notes on first century slavery)
Topic: Forgiveness/Mercy/Grace
Intended Audience: Applicable to relationships generally but is targeted to relationships between members of a believing community 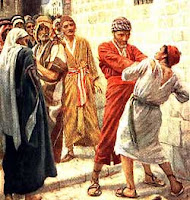 Matthew 18:23-35   23 "For this reason the kingdom of heaven may be compared to a king who wished to settle accounts with his slaves.  24 When he began the reckoning, one who owed him ten thousand talents(1 )was brought to him;  25 and, as he could not pay, his lord ordered him to be sold, together with his wife and children and all his possessions, and payment to be made.  26 So the slave fell on his knees before him, saying, 'Have patience with me, and I will pay you everything.'  27 And out of pity for him, the lord of that slave released him and forgave him the debt.  28 But that same slave, as he went out, came upon one of his fellow slaves who owed him a hundred denarii;(1 )and seizing him by the throat, he said, 'Pay what you owe.'  29 Then his fellow slave fell down and pleaded with him, 'Have patience with me, and I will pay you.'  30 But he refused; then he went and threw him into prison until he would pay the debt.  31 When his fellow slaves saw what had happened, they were greatly distressed, and they went and reported to their lord all that had taken place.  32 Then his lord summoned him and said to him, 'You wicked slave! I forgave you all that debt because you pleaded with me.  33 Should you not have had mercy on your fellow slave, as I had mercy on you?'  34 And in anger his lord handed him over to be tortured until he would pay his entire debt.  35 So my heavenly Father will also do to every one of you, if you do not forgive your brother or sister(1 )from your heart."

What comes before the parable is important to note:

18:12-14 – Here is Matthew’s version of Luke’s parable of the lost sheep. A crazy shepherd leaves 99 sheep unguarded in the wilderness to seek a single missing sheep, and then he celebrates when he finds it. Jesus concluded the analogy saying, “In the same way your Father in heaven is not willing that any of these little ones should be lost.” (Matthew 18:14) As we engage Matthew 18:23-38 below, it’s important to remember that this is the Shepherd-Father’s heart: that none should be lost. And he’s willing to risk everything to do it.

-22 – Here the subject is forgiving “your brother” in “the church.” Jesus gives instructions on how to handle it if a fellow believer offends you: talk to him about it alone; if he won’t “heed,” take 1 or 2 witnesses with you and try again; if he won’t “heed them,” tell “the church;” and if he doesn’t heed them, “let him be as a Gentile or tax collector to you (plural).” Of course the punch line with a wink and a nod is that Jesus was guilty of being a friend of Gentiles, tax collectors, and manner of sinners! Confusing the matter with forgiveness, Peter asks how many times do you forgive someone for doing the same thing to you, as many as seven times? No, Jesus says. Forgive him 490 times (70 x 7). Here is another punch line with a wink and a nod. There is no reasonable cut-off point for forgiveness. The number 490 is a humorous and absurd extreme meaning that Jesus’ disciples forgive in their hearts no matter what, no exceptions. Forgiveness is unconditional and unlimited.

Key theological points in the parable:

An absurd extreme – It is an un-loan-able amount, an unforgivable amount, and an un-repayable amount. 10,000 talents is an incredible debt, meaning not credible. No slave could ever borrow this much and no king could ever loan it to another nation, much less a slave. We sometimes miss Jesus’ creativity and sense of humor because we fail to note his willingness to shock and delight his contemporary listeners. 7.5 billion dollars! Josephus recorded that the taxes paid in a year by Judea, Idumea, Samaria, and Galilee combined was only 800 talents. No king of that day could lend 10,000 talents, no king could forgive such a debt, and no slave could repay such a debt no matter how much time he was granted to do it.

A word on slavery

Jesus’ parables sometimes include slaves as characters. It’s true that the Bibles doesn’t come right out and denounce slavery, but . . . 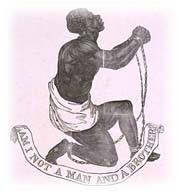 Is God planning to torture us for being unmerciful? No. In the parable the king was saying to the merciless slave concerning the impossible debt, “So you want to pay it back rather than accept my forgiveness? Fine. I accept your decision. Have it your way. You’ll be tortured until you pay it!” Perhaps now he will realize, I can never repay it, and I totally missed it that the king really had forgiven it anyway. What a fool I am! 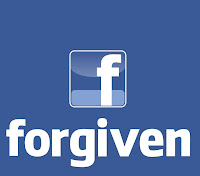 Forgiving our debtors is impossible unless we ourselves comprehend, accept, and live in the liberation of God’s forgiveness of our debts. That’s why Jesus put it so strangely in “The Lord’s Prayer.” He taught his disciples to pray, “Forgive us our debts as we forgive our debtors.” Yet not to take away from that truth, Jesus also turned it the other way around. The point of the parable is: Let us forgive our debtors as we have been forgiven by You. Our asking God’s forgiveness for our wrongdoings is intimately connected to our practice of forgiveness to others. Both statements are true. They are opposite sides of the same coin.

Forgiveness is really letting go, and it is so hard to do. But unless we let go of self-salvation schemes, religious self-justification, and merciless scorekeeping with ourselves and others, we can never enjoy the real liberty of a grace that is already ours and has been ours all along.

The two ways that God chose to break through our prideful defenses involve parables and a cross. In the parables, the “God character” surrenders impossible debts, forgives impossible sins, and runs to embrace impossible prodigals. On the cross, God does no less, canceling all debt, forgiving even those who kill him, and stretching out his arms to embrace the whole broken, sinful, evil world. Capon wrote, “If we cannot face the price he has paid to free us, we might as well never been freed at all.” (KGJ, p. 198)

So the slave, by not perceiving the freedom he already had, ends up losing the life he was trying to save. That’s the paradox of God’s kingdom of grace:

It’s the panicked impulse for self-preservation that kills us. That impulse is deaf, dumb, and blind to the gift of grace, is hell-bent on operating gracelessly, and is truly a living torture.

A return to what comes before our parable

Lost Sheep (18:12-14) – Matthew’s version of the parable of the lost sheep ends affirming the Shepherd-Father’s heart: that none should be lost. And he’s willing to risk everything to do it. To interpret “the parable of the unforgiving slave” as a threat by a hard-fisted God to torture you unless you straighten up your act flies in the face of the portrait of a God who is a shepherd who will risk everything to find you. His desire is that you not be lost. So what does he mean by lost? What if “lost” is precisely what the unforgiving slave was? Lost in a hopeless debt that he cannot repay? Lost in the lie that, given more time, he could bail himself out? Lost in the blindness that did not let him see that his debt had been forgiven? Lost in the delusion that he’d been given an extension to recoup it? Lost in the hard-fisted mercilessness he showed to a fellow slave who owed him a pittance? Lost in the deafness that failed to hear that fellow beg using the same words he had just used before the king? Lost in a graceless world of his own making? Lost in the torture of having cut himself off from the grace that was freely his already? Grace is there. It’s yours. But to enjoy it, to trust it, and to rest in it you have to perceive it. That’s called being found. Seeing that the debt has been covered is being found.

Seventy Times Seven (18:15-22) – Peter wanted to know what the cutoff number was for how many times we have to forgive someone in the church. The number Jesus gives, like the 10,000 talent debt, is irrationally huge—70 x 7 times, or 490 times to be precise. His meaning is that there is no cutoff number. Forgiven debtors forgive eternally. Forgiveness is dying eternally to the debt.

For more on Jesus' parables see my blogs The Absurd Parable of the Unforgiving Slave, The God Who Gambles, Parable of the Vine and Branches, The Crooked Manager, The Friend at Midnight, Heaven Is Like a Crazy Farmer, He Speaks Of . . ., Salted With Fire, Talking Sheep and Goats, Is Your Eye Evil?, Two Prodigals and Their Strange Father, The Lazarus Parable Is Not About the Afterlife,and Jesus Used Parables Like a Sieve.
Posted by bertgary at 8:50 PM